In celebration of Black History Month, the Rutgers Center for Immigration Law, Policy and Justice, and Association of Black Law Students (ABLS) hosted a lecture by speaker Professor Martha Jones from John Hopkins University, along with further comments by Professor Elise Boddie. This lecture, which drew a standing room, enlightened audiences with the origins and struggle for birthright citizenship in the United States. Under the Citizenship Clause of the Fourteenth Amendment, a person acquires birthright citizenship based on being born in the United States. Professor Jones’s book, Birthright Citizen, offers a new historical perspective on how free African Americans fought in shaping the terms of that constitutional right. 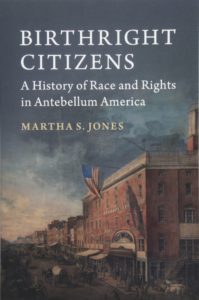 The bulk of Professor Jones lecture highlights the struggles and contributions of African Americans in shaping the meaning of birthright citizenship.  She focuses, for example, on the role that African American activists played in seeking to overcome race discrimination  due to Black Laws.  These were laws implemented by a municipality to regulate the day to day lives of former slaves. Black Laws were implemented with the intentions of making life in the United States uncomfortable for these former slaves so that they were forced to self deport.  Yet, Black activists fought back, arguing that their birth on U.S. soil guaranteed their rights to equality.  By highlighting their ongoing efforts against Black Laws and other laws designed to force African Americans to leave the United States, Professor Jones offers an important historical context to the development of the Citizenship Clause and how it constitutionalized birthright citizenship. 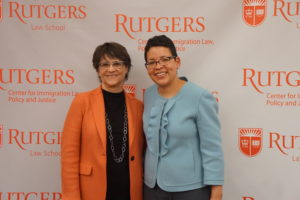 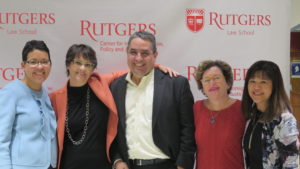